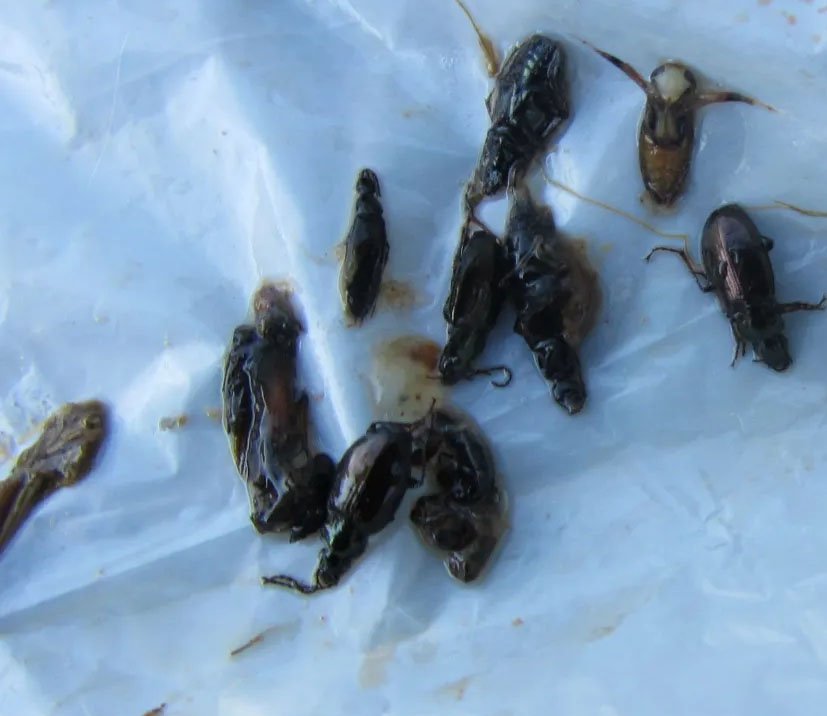 I rarely take a trout home these days as I have a few in the freezer, but on the odd occasion that I do, I sometimes find them packed to the gills with snails. This can happen at any point in the season and can be found in fish caught on the top or deep down. There seems to be no pattern to it.

Water snails are common in most UK waters and it may come as some surprise to hear that there are actually over 5000 species of freshwater snail across the world. However, only 30 or so species live in the UK, ranging from the likes of the tiny Dwarf Pond Snail (Lymnaea truncatula) to giants such as the Great Pond Snail (Lymnaea stagnalis) or Great Ramshorn (Planorbarius corneus). Trout will munch on any of these but may struggle with a fully grown Great Ramshorn, as they can grow up to 3 cm in diameter.

Despite the staggering number of species, the life cycles of all freshwater snails are fairly similar. They lay their eggs in clumps, usually attached to plants or similar surfaces in the water. Some species do lay their eggs out of the water, and the juvenile snails go back into the water after they hatch.

Snails can lay eggs multiple times a year, sometimes as often as once or more each month. Depending on the species, there can be anywhere from 5 to 200 or even 600 eggs in a single bunch.

The eggs typically hatch after 1 to 5 weeks. Once again, this depends on the species. It also depends on environmental factors, such as how warm or cold it is. A juvenile freshwater snail looks almost exactly like a very small adult. In some cases, their shell may be less curly, but in general, they look almost exactly the same.

Trout will gorge on these as they patrol the rocks and weed beds of their natural habitat. Often hoovering up vast numbers of them on one go. The question is, of course, what do we use to catch them if they’re feeding on snails?

It’s worth noting that freshwater snails will be in two distinct places, either sat on vegetation grazing on the plant life or drifting on the current between patches of vegetation as they simply let go and let the water take them to a new feeding ground once the old one is depleted.

This gives us two states that the snail can be in, on the bottom and floating. We can target the trout feeding on both of these very easily with very different approaches.

When the trout are feeding on floating snails, there are a couple of approaches.

If the fish are on the top, I’d use one of our floating foam snails. These have been explicitly designed to emulate a snail caught in the top film of the water and can be fished as you would a dry. Often as a single fly on a floating line and fished visually.

Another approach for floating snails below the surface is to use a washing line with a buoyant fly on the point, such as a FAB with a couple of our wet snails on the droppers. The point fly keeps them that little bit higher in the water and can convince the trout that the snail is drifting to fresh pastures.

If they are deep, try a Short Shank Montana on the point with Wet Snails or even a Coch-Y-Bonddu on the droppers. This can be fished very deep on a di7 and very slowly twiddled. Remember that the snails don’t normally move much on the vegetation on the bottom and only really move with any speed on the current, so leaving it static or simply letting it drift in the current are equally valid approaches.